Circle The Mediterranean – Barcelona to Venice

Click to Enlarge Map
U.S. News has ranked Regent Seven Sea Cruises as #4 Best Cruise Line for Romance and what better locations for Romance than kicking off the trip in Barcelona, Spain and ending in Venice, Italy. During this 11 day journey you will visit Spain, France, Monaco, Italy, Croatia, and Montenegro.

Boarding: Board the Mariner in Barcelona, Spain to begin your journey throughout the Mediterranean. "One of Europe’s most visually stunning cities, Barcelona balances the medieval intimacy of its Gothic Quarter with the grace and distinction of the wide boulevards in the Moderniste Eixample. It was the home of architect Antoni Gaudí, whose Sagrada Familia Cathedral, Park Güell and Casa Milà are the most profound statements of Modernisme. View the splendid works at the Picasso Museum and the Miro Foundation, or discover Barcelona’s passionate ambiance at a flamenco show."

Day 1: Provence (Marseille), France "Marseille offers so many intriguing diversions that there is little reason to venture farther. Driving through the colorful Old Port, where the city's Greek founders landed in 600 B.C., you will be mesmerized by the classically French sidewalk cafés, thriving markets, and picturesque fishing boats bobbing in the harbor."

Day 2: Monte Carlo, Monaco. "Tiny, but packed with fun, Monte Carlo offers a wonderful combination of history, beauty, entertainment and leisure. The wealthiest spot in Monaco, Monte Carlo is an enchanting place, known as the international capital of luxury and for its celebrity-sightings, casinos and nightlife. Yet the old world shines through in its art and architecture. Palaces, cathedrals and museums dot this small municipality in an old town full of rich history. Be sure to catch the once-daily changing of the guard, then tour the public areas at the Palais du Prince, home to the royal family, whose most famous resident was famous actress Grace Kelly." Complimentary excursions include Jewels of the Cote D'azur, Scenic St. Paul de Vence, and Scenic French Riviera to name a few.

Day 3: Florence/Pisa (Livorno), Italy. "Livorno, located in the center of Tuscany, is the gateway to the glory of Renaissance Florence and Pisa. From the 13th to 16th centuries, this era of creative freedom encouraged the genius of Dante, Donatello, Michelangelo, Giotto, Botticelli, da Vinci, and Machiavelli to create some of the world’s most noted masterpieces. Elegant Florence offers the Galleria dell'Accademia, with its iconic masterpiece, Michelangelo’s David. The Uffizi is home to the most renowned art gallery in Italy, with representative works by the titan’s of Renaissance art. Join us for an excursion to Pisa, and tour the city's beautiful and historic Campo dei Miracoli. Nearby Siena captures the spirit of Medieval Italy and Lucca offers the memorable chance to bicycle through the fragrant Tuscan countryside." Complimentary excursions include Lucca by bicycle, Florence & Pisa guided walking tours, wine tasting and more!

Day 4: Rome (Civitavecchia), Italy. "Whether enjoying the street performers at the Spanish Steps and people-watching over a fine glass of wine in colorful Trastevere, or taking in the historical and architectural glory that is Rome, visitors are spoiled for choice in this truly Eternal City. St. Peter’s Basilica is a full-day outing, featuring the Sistine Chapel and panoramic city vistas for those willing to climb to the top of the dome. Other landmarks not to miss include the renowned Trevi Fountain, the Coliseum, and Aventine Hill, which provides you with a grand view of the imposing remains of the Imperial Palaces and the Circus Maximus, of Ben Hur fame." Complimentary excursions are more limited today by exclusive train transfers are provided to explore Rome on your own or through a guided walking tour.

Day 5: Palermo, Italy. "Palermo, the capital city of Sicily, was founded by the Phoenicians in the eighth century BC. Palermo remained a Phoenician city until the First Punic War, when Sicily fell under Roman rule. Palermo remains a jewel of the Mediterranean, and is Sicily’s largest and most cosmopolitan city. No visit to Sicily is ever complete without a visit to Palermo, a city that permits one not just to know this island but to begin to understand it." Recommended Complimentary Excursion is Sicilian Wine tasting.

Day 7: Kotor, Montenegro. "Kotor is a coastal town in Montenegro, located in a most secluded part of the Gulf of Kotor. The old port, surrounded by an impressive city wall built by the House of Nemanjicc, is very well preserved and is a UNESCO World Heritage site. Numerous other attractions include the Cathedral of Saint Tryphon in the old town (built in 1166), and ancient walls which stretch directly above the city. Nightlife also attracts tourists to Kotor with pubs, taverns, cafes, and nightclubs." Two highlighted complimentary tours include Historic Kotor & Seaside Resort of Budva and the guided walking tour of Montenegro.

Day 8: Zadar, Croatia. "Found on the northern Dalmatian coast of Croatia, Zadar is rich with thousands of years of history. Ruled at various times by the Romans, Ostrogoths, and Byzantium, the city became a center of commerce and naval power rivaling that of Venice. Today, Zadar’s history, culture, and architecture draw visitors from around the world, as does Plitvice National Park, a UNESCO World Heritage Site." Four complimentary excursions include Zadar on Foot, Krka National Park & Cruise, Island of Pag, and Sibernik & Dalmatian Village.

Day 9 & 10: Venice, Italy. "This renowned 'City of Canals' was built on an archipelago of more than 100 islands formed by about 150 canals. Ancient cobblestone streets lined with tiny ceramic and glass workshops and tempting cafes wind their way between fabulous palazzos and vast town squares along the banks of the canals. For shoppers, the city offers colorful markets; for those interested in architecture, the original Baroque classics, Basilica San Marco, the Rialto Bridge, the Doge’s Palace, and the Bridge of Sighs as viewed from a gondola or toured on foot, are breath-taking. And art lovers should make sure not to miss the Scuola Grande di San Rocco, home to Tintoretto’s finest works; or, for more modern tastes, the Peggy Guggenheim Collection, showcasing masterpieces of 20th-century art currents and the avant-garde movements." Complimentary excursions include; Islands of Murano & Burano, Venice by Gondola, Grand Canal & The Guggenhein Collection, and Romantic Verona to name a few!

This Mediterranean cruise will bring you to the gems of Europe beginning in Barcelona, Spain and ending in Venice, Italy.  Regent Seven Seas prides themselves on utilizing medium-sized ships and low number of guests while providing top notch service and spacious rooms.  These cruises are more on the expensive side but prices include all drinks onboard, tips, dining in specialty restaurants and even shore excursions.  The lowest accommodation you can book is a suite so every guest is guaranteed a spacious stateroom and the boat even comes with complimentary Wi-Fi on board. 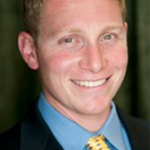 Cooper has been traveling the world for 20+ years and has accumulated a wide network of fellow professionals and hoteliers who want to make your romantic trip a total success. He is best known for providing couples with unforgettable romantic experiences, designed just for them, in fabulous locations all over the world. 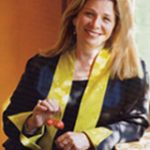 Pepper has been a sex and relationship expert for over 40 years and has written 16 books on the topics of sex, love and relationships. Pepper’s other love is travel, and when she is not teaching Sociology at the University of Washington she can be found investigating perfect places for passion around the world. 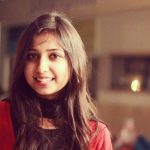 Rida is a 21 year old Pakistani, raised in Islamabad, who was bitten by the travel bug when she went on a volunteer program to Bahrain, in the summer of 2016. That’s when it struck her that she wants to keep on travelling. She graduated in January 2017 and moved to Cairo for a job and to follow her dream to travel.